Your Queen Anne Market Report for May 2020 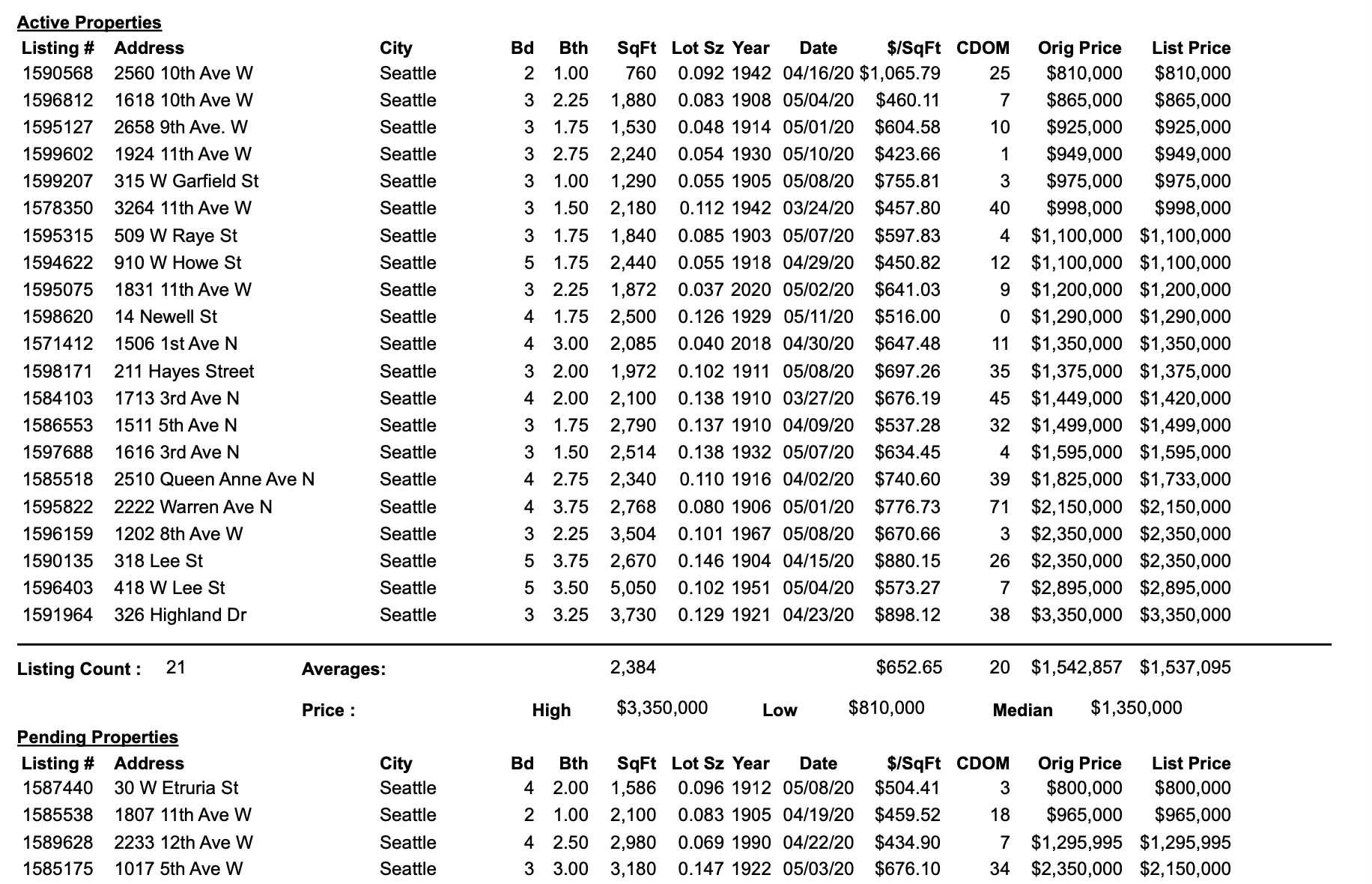 What a roller coaster time we are in! Major events seem to be happening daily. In every spring market I have been in for years, May is usually the hottest month of the year ie., the most sales and multiple offers driving prices up. We were going gangbusters in February and before March 24 and then we hit a bump in the road. 30 QA homes have been listed since then, but only 9 of them have sold; however, 15 more homes closed since March 24, but they were listed before the shelter in place, indicative of a slowdown. I think we are very lucky that these numbers are not a lot lower as they are in most areas of the country. My observation is that most Queen Anne buyers have solid jobs in the Tech industry, so without those companies(especially Amazon) we would see much lower numbers and declining prices. I am not seeing a large number of multiple offers driving prices above list BTW. At the moment, we have 33 homes for sale on the Hill and that number has increased in the last two weeks, a good sign. Please see the attachments if you are interested in specific home sales during this period.

I have to mention a little about financing. Since many borrowers have lost their jobs or may be laid off soon, banks have tightened up their criteria for lending. For instance, loans over $741,000(jumbo loans) are more challenging to obtain. Wells Fargo is no longer offering them unless you have investments with them. Loans below that number are government secured so they are still obtainable. The gold standard for a buyer credit score is now 760+ allowing you to get the best rate. In addition, banks are now calling employers a few days before closing to verify the continued employment prospects for the borrower. I have heard of several cases where the bank refused to fund the loan two days before closing which is very disappointing for everyone. Since most sales involve financing, this adds an extra wrinkle in the process and gives more emphasis to the adage “It’s never over until it closes”.

I’m going out on a limb here and predicting that we will not see significant reductions in home values. We had very strong sales before Covid-19 hit, and I think that will resume as we move through the next few months. Below is a video to our Windermere economist discussing his take on that subject.

Be careful and safe!